The Toshiba Encore WT8 Tablet is now in the Middle East

Mobilk - Toshiba Gulf FZE launches today the Toshiba Encore WT8, the company’s very first tablet to run on Windows 8.1. Designed for students, on-the-go gamers and multimedia enthusiasts, the eight-inch tablet is powered by Intel® Atom™ processor with 2GB of RAM, allowing users to get the best of the latest Windows apps.

Santosh Varghese, General Manager of Digital Products and Services at Toshiba Gulf FZE, says, “The combined power of Windows 8.1 and Intel® Atom™ makes the Toshiba Encore WT8 an ultra-slim, high performance tablet. We designed it as an all-round, portable companion for consumers that demand the best in both work and play.”

Through its eight-inch HFFS high brightness display, the Toshiba Encore WT8 is an ideal device to enjoy movies while on the move. Because the high-quality screen offers a wide-viewing angle, visuals remain vivid under different lighting conditions.

Additionally, through the Xbox SmartGlass feature, users may choose to transform the tablet screen into a second screen for the Xbox 360 or the Xbox One. With its high-performance processor, the Toshiba Encore WT8 delivers a console-quality gaming experience.

Ample storage of up to 64GB allows users to store an extensive library of apps, games and multimedia files.

At only 10.7mm thick and 450g light, the Toshiba Encore WT8 delivers efficient performance. The ergonomic design and positioning of its speakers, microphones and cameras enables comfortable one-hand use during voice and video calls, without affecting clarity and performance. It features dual microphones with beam forming technology, and dual band 802.11 a/b/g/n WiFi® with MIMO technology.

In addition to being conveniently thin and light, the Toshiba Encore WT8 is equipped with InstantGo technology that empowers it to go live from standby mode in merely 0.3 seconds.

InstantGo also syncs all content automatically and continually, so it always displays the latest updates and feeds from the user’s email, Office documents and social media accounts.

Along with comprehensive connectivity options that include micro-USB and micro-HDMI® ports as well as 2.0MP front and 8.0MP rear cameras, the Toshiba Encore WT8 is also equipped with GPS for navigation.

It has a long-lasting battery that allows up to seven hours of video playback keeping users connected for as long as possible. 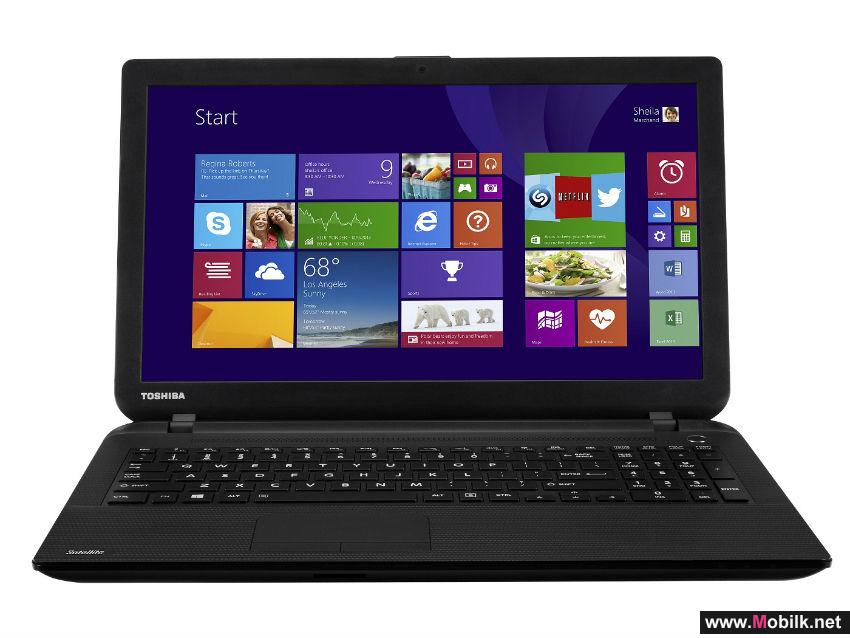 
Toshiba Gulf FZE showcases its latest innovations at the GITEX Shopper 2014 event and rolls out exciting promos for customers. .. 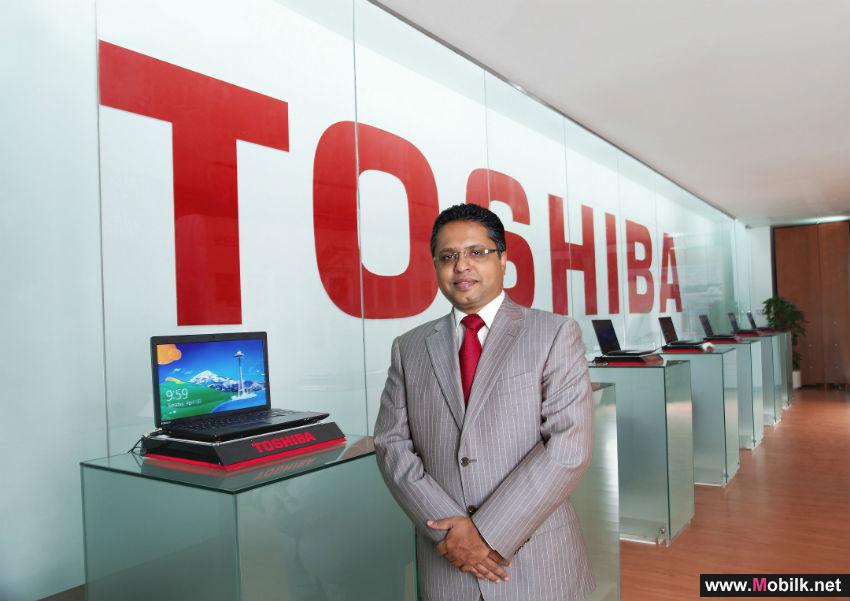 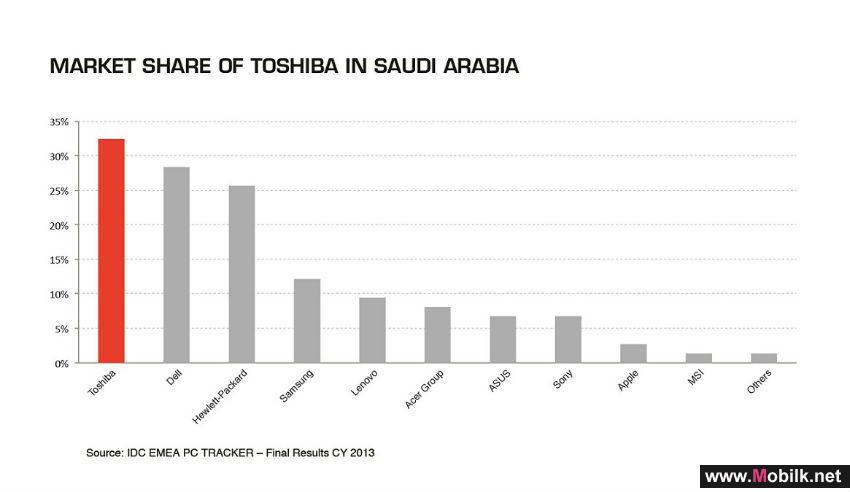 Toshiba ranks no. 1 in KSA Notebook market..
Reports and Studies


Toshiba Gulf FZE is the number one vendor for Notebook market sales in Saudi Arabia according to the latest International Data Corporation’s (IDC).. 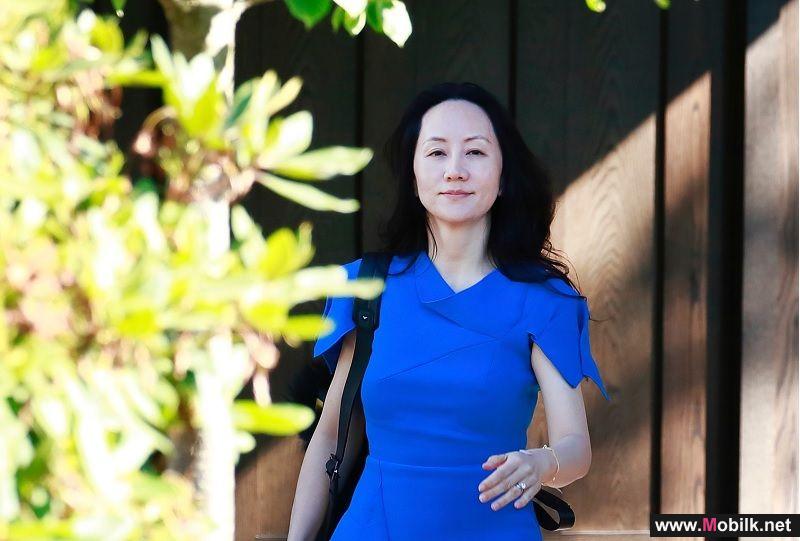 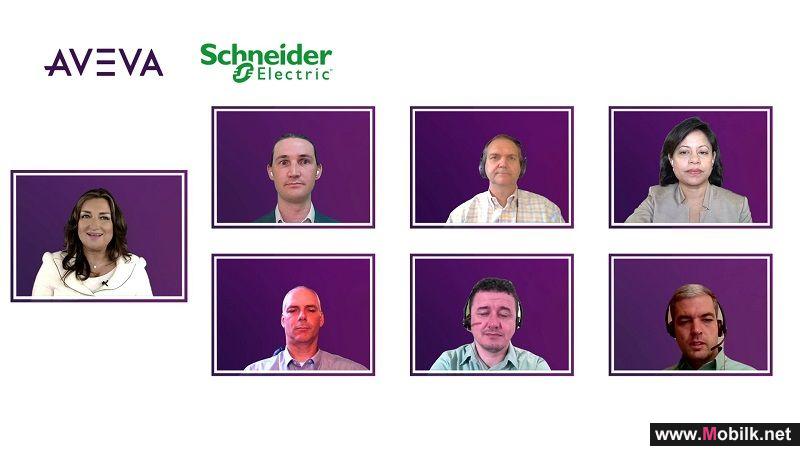 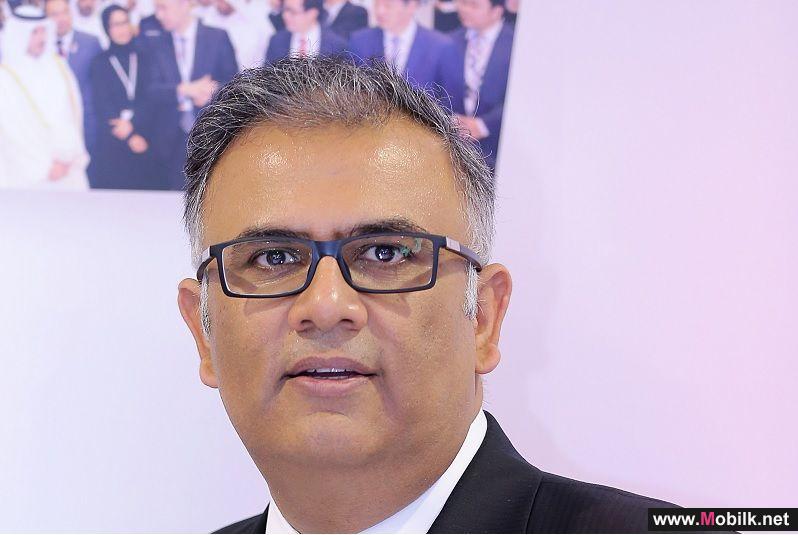 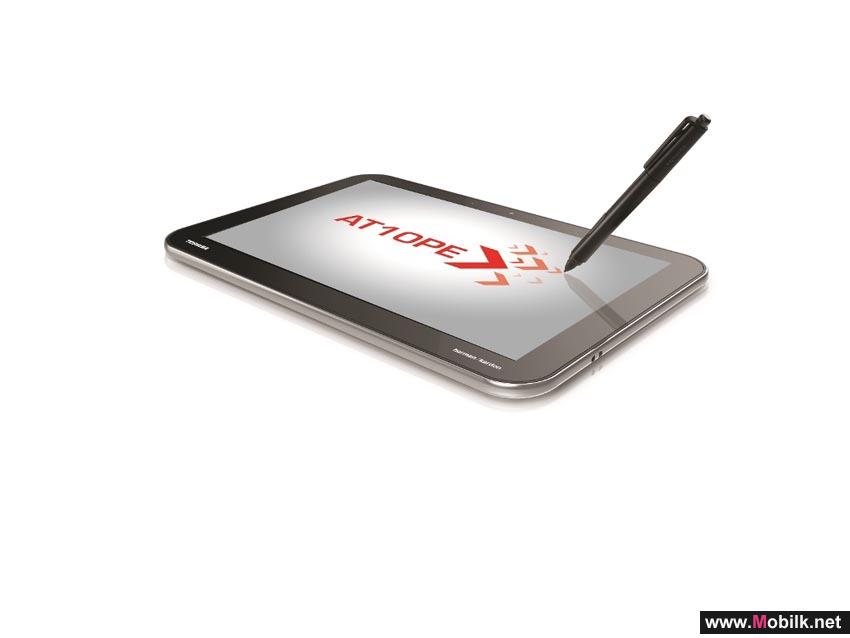 Toshiba Gulf FZE launches today the Excite Series, three new models of 10.1-inch tablets powered by the newest NVIDIA® Tegra® processors and running on AndroidTM 4.2, Jelly Bean. Equipped with up to 2GB of memory and up to 64GB of storage, the high performance Excite Series delivers plenty of.. 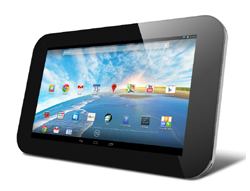 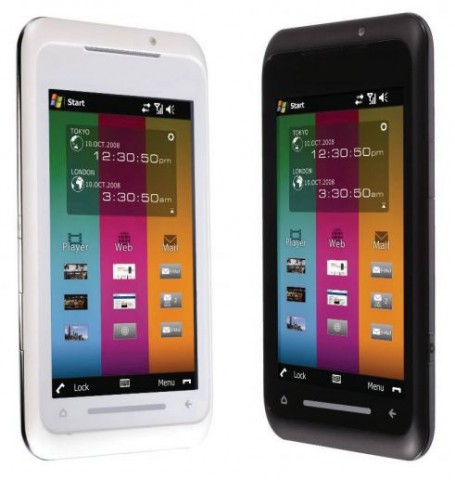 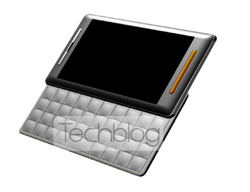