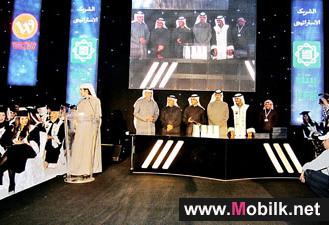 Mobilk - As part of its leading social responsibility program and as a strong supporter to the academic and education sector, Wataniya Telecom has recently sponsored the graduation ceremony of the College of Business Administration that took place at Al Raya Ballroom on February 14th, 2012.

The graduation ceremony was attended by a large number of academic and prominent figures led by MP Riyadh Al-Adsani in addition families of graduating students and college faculty. 300 students were amongst the College of Business Administration’s 2012 graduating class; Hamad Al-Matar Assistant Manager of Public Relations attended the ceremony on behalf of Wataniya Telecom.

On the occasion of the graduation ceremony, Abdulaziz Al-Balool Director of Public Relations at Wataniya Telecom congratulated all students on graduating from Kuwait University wishing them all the best in their future professional life.

Al-Balool said: “Wataniya always takes place and contributes to the College of Business Administration’s events and graduations especially since the company has developed a priority in its social responsibility program to support both education and academic sector and encourage the Kuwaiti Force. For this, Wataniya Telecom has been participating in all of Kuwait University graduation ceremonies over the past few years.”

Al-Balool added: “Wataniya’s sponsorship stems from its ongoing support to the youth segment of the society as we believe they are the core of the Kuwaiti community and the future of our development and prosperity. Wataniya supports the education sector in all its stages starting from primary age and is proud to be one of the prominent companies that are devoted to hiring Kuwaiti force and encouraging their activities and talented work.” 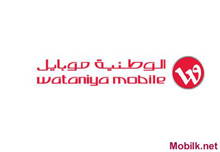 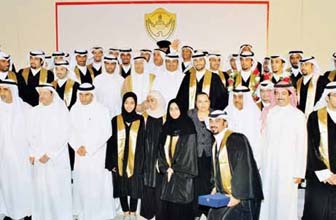