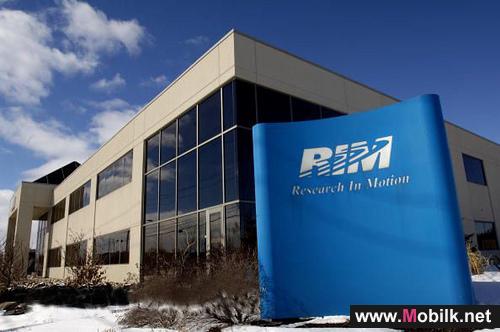 Mobilk - Thorsten Heins, President & CEO, Research In Motion (RIM), today opened the BlackBerry® DevCon Europe conference in Amsterdam. Admission to DevCon Europe 2012 is sold out with more than 2,000 attendees expected from across Europe, the Middle East, Africa (EMEA) and beyond.

Delegates at the two-day event will learn how to leverage the strength of the BlackBerry® platform in order to build high-quality apps for more than 75 million BlackBerry users worldwide. Attendees will also receive a free BlackBerry® PlayBook™ to help with tablet application development.

The conference will focus on showcasing the opportunities that the BlackBerry platform presents to developers and how they can most effectively drive revenue streams from their apps. RIM’s developer relations team will be on hand to demonstrate the simplified process for building apps for the BlackBerry platform and offer guidance on working with a number of innovative technologies, including:

Amongst the attendees is a group of more than 400 students from universities in Poland and the UK, the majority of which are affiliated with the BlackBerry® Academic Program. With over 300 academic institutions registered from 21 countries across the region, the BlackBerry Academic Program actively engages with students by encouraging participation at local events such as DevCon to facilitate application development in the classroom.

Alec Saunders, VP, Developer Relations & Ecosystem, RIM said: “The record-breaking attendance for DevCon Europe is testament to the interest in BlackBerry app development across this important region. DevCon Europe 2012 provides delegates with the opportunity to explore the full potential of the BlackBerry platform and to engage directly with our developer relations team. With cutting-edge developer tools, streamlined processes and a high level of dedicated support, we’re making it easier than ever for developers to enjoy a strong experience developing for the BlackBerry platform and to effectively monetise their offerings.”

At DevCon Europe, sessions will showcase how developers are already benefiting from BlackBerry® App World™ Two billion apps have been downloaded to date and the momentum continues with 6 million downloads per day. In addition to serving an installed base of more than 75 million devices, the BlackBerry platform is also recognised as one of the most profitable for developers:

The path to BlackBerry 10

Attendees at DevCon Europe will also learn more about the BlackBerry® 10 developer roadmap and how this new operating system will open up even more opportunities for app developers. BlackBerry 10 combines the best of BlackBerry OS and QNX®,  offering developers a single, converged platform, built from the ground up to deliver the most powerful, secure and social mobile computing experience yet. The platform is comprised of a next-generation mobile OS and services, as well as native and HTML5 application development environments.

HTML5 will be the bridge that allows developers to tap into the millions of BlackBerry devices on the market today, plus the next generation of BlackBerry handsets. Developers are able to use it for development now and indeed, already one-quarter of all apps on BlackBerry App World today have been built using  HTML5 and the enhancements and native-like integration offered by BlackBerry WebWorks, RIM’s web development toolset.