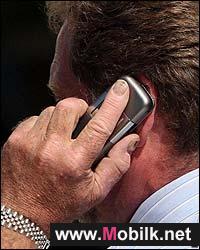 Mobile phones do not cause brain cancer ­ at least in the short term, British scientists have found. But the researchers warned it was still too early to conclude that mobile phones were safe.

Cancers can take 30 years to develop and most users of mobile phones have owned them for less than a decade. The four-year study, published online in the British Medical Journal, involved 966 people with gliomas ­ the most common type of brain tumour ­ and 1,716 healthy volunteers who acted as a comparison.

The researchers, from the universities of Leeds, Nottingham and Manchester and the Institute of Cancer Research in London, found that those who reported regularly using mobile phones were not at a greater overall risk of developing glioma.

Some studies have indicated possible adverse effects, including an increase in acoustic neuromas ­ a non-cancerous brain tumour ­ among users in Sweden and changes to cognitive function among Dutch users. But British researchers said the studies were not all robust and there was no hard evidence that mobile phones damaged health in the short to medium term.

The only cause for concern from the four-year study was that tumours were more likely to appear on the side of the head to which people said they held their phone. But the researchers said it was likely that people were over-reporting use of a mobile phone on the side where the tumour occurred.

The latest study adds to the growing body of evidence suggesting that short-term risks from mobile phones are low.

More than 40 million people in the UK are thought to use the phones, with more than one billion users worldwide, so even a small risk could mean thousands of people affected. Professor Anthony Swerdlow of the Institute of Cancer Research in London, said: "Numerous reviews have all concluded there is no consistent evidence of a rise in risk of brain tumours from mobile phone use or radio frequency radiation generally."