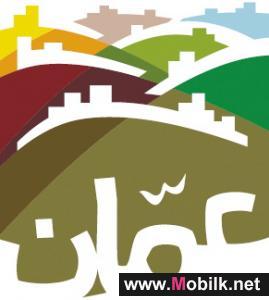 Zain, part of the Zain Group, the leading mobile operator in the Middle East and Africa has renewed its partnership agreement with the Greater Amman Municipality (GAM).

The agreement, which was signed by the Mayor of Amman Omar al-Maani
and Zain CEO Dr. Abdel-Malek Al-Jaber, provides GAM with special rates and benefits for its official mobile phone lines as well as those used by its personnel. It comes in support of Zain’s partnership with GAM and as part of its keenness to maintain cooperation with this Amman icon.

Speaking at a meeting on the fringe of the signing ceremony dedicated to discussing further cooperation, Mayor Omar al-Maani voiced appreciation for Zain’s initiatives and contributions in support of the local community and for its corporate social responsibility policies and commitments. He told senior officials from both sides that the Greater Amman Municipality was committed to cooperating with leading institutions which contribute to developing and enhancing corporate performance.

Zain CEO Dr. Abdel-Malek Al-Jaber paid tribute to the efforts led by the Greater Amman Municipality to develop Jordan’s capital and serve the local community. He said “renewing this partnership agreement comes as an embodiment of our appreciation to the role played by GAM and its personnel in the service of our community.”

Dr. Al-Jaber renewed Zain’s commitment to cooperation with GAM by supporting it and its staff with special services and benefits, saying that this should contribute to the success of its objectives, and help achieve its tasks in support of development.